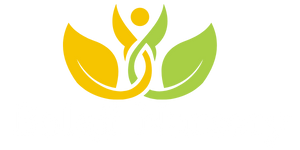 We are Manufacturer and Service Provider of Agriculture Plants and Natural Grass including landscaping and horticulture development Services.

Proper soil conditions are essential for all stages of crop and plant development. Thus, an understanding of soil and how to manage it is the key to a productive garden and landscape. Although it is possible to grow most plants in most soils, a grower benefits from learning about the interrelationship of a plant and the soil in which it is rooted.

Because it’s hidden underground, most people underestimate the important role soil plays in the health of their lawn and landscape. Grass, shrubs, flowers, and trees all depend on soil that is rich in nutrients as without that foundation, plants become more prone to disease and damage and may exhibit signs of deficiencies such as discolored leaves and stunted growth. While it’s easy to focus the majority of attention on the beauty of flowers and plants, their beauty truly begins below the earth’s surface.

Soil can be contaminated by many different human activities when hazardous substances are not used, stored or disposed of safely. Instances of soil contamination are highest in urban areas and former industrial sites, where manufacturing, industrial dumping, land development, waste disposal, and excessive pesticide or fertilizer use could potentially occur.

Some contaminants, such as agricultural chemicals, are applied to the soil surface. Others are released below the surface, due to leaks from buried tanks, sewage pipes, or landfills. Atmospheric contaminants containing hazardous substances can also cause problems. Furthermore, contamination is not always limited to a specific site and can seep through the soil into groundwater or be carried to nearby land and waterways in rainwater, or as dust.

People and animals can be exposed to soil contaminants in several ways: by ingesting soil; by breathing violates and dust; by absorbing contaminants through the skin; or by eating food grown in contaminated soil.

Depending on the type of contaminant and the level of exposure, soil contamination can have serious health implications. This can significantly limit potential land use, precluding building work, as detailed in our blog: How Contaminated Soil Affects a Construction Project.

The environment will continue to present a risk unless, or until, soil remediation has occurred.
Common treatment methods for contaminated soil

After testing to determine the type and level of contaminants present, soil can be subjected to remediation techniques for the purposes of site decontamination. This can be carried out in-situ, or soil may excavated and removed for treatment ex-situ.

Options for treating contaminated soil include:

Bioremediation is the use of biological processes to degrade, transform, or essentially remove contaminants from soil and water. This process relies on micro-organisms including bacteria and/or fungi, which use the contaminant as a food source. For this reason, bioremediation is widely used to remediate organic contaminants and can be an effective means of mitigating:

Often, bioremediation presents a more economic option for disposal, however, it can take anything from one to several months to carry out.

Chemical decontamination methods generally focus on chemical oxidation, whereby reactive chemical oxidants are injected into the soil and groundwater for the purpose of rapid and complete contaminant destruction. In situ chemical oxidation (ISCO) is a versatile solution, particularly when remediating contaminants located in difficult-to-access areas such as soils at depth or soils beneath buildings. Chemical oxidation has wide-ranging applications and can be used to treat various organic contaminants including TPH, BTEX, and PCBs.

Stabilization reduces the risks of contamination by effectively locking contaminants in the soil. It can be achieved in two ways: firstly, by modifying the contaminant in the ground to a less dangerous form; secondly, through solidification, by reducing the mobility of the contaminant and binding it in place so it can’t reach any receptors.

Soil stabilization relies on the addition of immobilizing agents which reduce contaminants’ leachability and bioavailability. This technique can also be used to improve the geotechnical competency of the ground, making it more suitable for construction work due to higher resistance and lower permeability.

Soil washing eliminates hazardous contaminants by washing the soil with a liquid wash solution. During this process, fine-grained soils, such as silts and clays, are washed away along with contaminants, which are more prone to bind to fine soils. Thus, contaminated fines are separated from cleaned coarse-grained soils, such as sands and gravels, which can be safely re-used. Soil washing does not destroy or remove the contaminants and therefore the contaminated soil must be disposed of in a licensed facility.

Due to the health risks that soil contamination poses to humans, animals, and plants, soil remediation is essential in many cases. As an expert in soil remediation, Enva offers a range of services from soil investigation and testing, to site decontamination and soil treatment. It also operates the only licensed contaminated soil treatment facility in Ireland, which can help reduce costs by removing the need for expensive soil export.